Late in 2019, DJI released its new entry-level drone – the Mavic Mini. When compared to the other drones in the DJI range it shares a lot of the same features we’ve come to know and love. The biggest talking point about this drone, is the price – £369 here on Vlog Tech.

I’m a big fan of up-front conclusions, so here goes. It’s great. If you aren’t selling your video work, get the Mini – if you are, get the Pro. It honestly is as simple as that. The Mini has some of it’s own benefits over the Pro though, it’s a ridiculous 249g – meaning it can come with you anywhere but read on and I will get to that.

DJI talk about the drone as the ‘Everyday Flycam’, I’m not sure I will ever refer to it as a ‘flycam’ ever again but I get where they’re going with this. I have carried this with me basically everyday, it comes everywhere in my rucksack – meaning that it’s always ready to do. This means that I have made far more use of it than I would of another drone.

DJI really have taken the drone world, all the way from the Pro-spec drones like the Inspire series all the way down to diddy little Spark. When you think of a drone, you think DJI. This isn’t unfounded though, they make the best hardware, best software and it all comes together to create drones that inspire confidence in beginners and open possibilities to pros.

Right, let’s get into it. What’s new about this drone then?

We do need to look backwards to understand the leap forward DJI have taken with this drone, it’s a huge step forward from the Spark that proceeded it. To remind you, the Spark was a fixed arm drone, with a 16min flight time and a 1080p camera. I owned one briefly. It was great fun to fly, using the DJI Go 4 app – it had all of the usual features:

The reason I said ‘briefly’, is that I actually returned it. It was an incredibly fun drone, awesome to fly (it was fast, controllable and very capable) but it made you want so much more. The video was bad, like 4 year old cell phone bad and the connection was WiFi only. That meant that you couldn’t fly the drone too far away and it was constantly losing connection and returning to home. I can’t blame DJI for this though, it was really cheap at the time and was the first step into that micro-drone category. After all, they did nickname it the ‘selfie drone’, it wasn’t made to do what I was asking of it.

However, this Mavic Mini fixes all of those issues.

This drone is remarkably small, during the unboxing (which is super-premium by the way) I was stunned by how small it was. It uses the same folding design as the very-successful Mavic Pro, only about half-size.

This means that it folds up to be almost pocketable, much smaller than the Spark was. Whilst being able to fold out to be much larger than the Spark, meaning it is incredibly stable, controllable and flies so much better.

The most astonishing thing is the weight, though. Only 249g, it weighs about as much as your smartphone. This means a couple of benefits, the first being the 30 minute flight-time. Before, I have always advised people to get the ‘Fly More Combo’ mainly due to the extra batteries. With the Mini, I almost never run out of battery at one location – and if I get close, I top up the battery with a cheap external battery I carry in my rucksack. I would recommend the ‘Fly More Combo’ if you plan to use it more than the 30 minutes, as you get extra spare blades, the carry bag and some other extras. Check it out here (under bundles) → vlog.tech/product/dji-mavic-mini/

You should always understand and adhere to the local regulations when flying drones, but there is a significance to the 249g number. In the UK, drones below 250g do not need to be registered and in other countries there are significantly more lax regulations than heavier drones.

You can read up on the rules on the government site, they have some very clear illustrations that make the rules super clear. https://register-drones.caa.co.uk/drone-code/where-you-can-fly

This is probably the reason you’re thinking of buying a drone, whether you care about photo or video – the Mavic Mini doesn’t disappoint. This was the main reason I ditched the Spark, I wanted to shoot good video with it.

It has a 2.7k camera, a super-smooth 3-Axis gimbal to keep it all steady and has a very respectable 2.8 aperture to allow shooting poor light conditions too.

I have prepared a showreel for the Mavic Mini with shots I have taken around the South Wales area. All of these were taken in standard camera and video settings and have a little touch up in post to make sure the exposure is correct. If you want to see what this drone can do – check it out. As this is an entry level drone, DJI made, what I think is, the right call in that it comes with only one video mode and most of the settings are in auto-modes. This allows you to get going with minimal fiddling to get to good quality shots. It’s in the highest quality mode, right out of the box – which is good, too.

You can see just how steady that gimbal is in the film, it makes everything buttery smooth. A lot of the shots were taken in reasonable wind conditions, but you wouldn’t know that from looking at the shots.

The Mini flies as well as any other DJI drone, it feels very similar to it’s big-brother the Mavic 2 Pro. It deals with wind superbly, it’s positioning as accurate as you could ever need and you can tell it was made to be really easy to fly.

You could make an argument that it’s slow, I wouldn’t argue with you on that, but that never holds you back with what shots you can get so I suppose it’s not a big deal. Also, you would only notice that if you are used to the bigger, more expensive drones from DJI. You do have the option of ‘Sport Mode’ that unlocks the full potential of the motors, but you do sacrifice stability in Video Mode – I only ever use this to get to and from a location quickly for me to then switch back to normal mode to take the shot.

I have found that, at times, it can be slow to find GPS signal. You have to just wait it out for about a minute to get the GPS signal indicator to green before flying.

Don’t be tempted to do what I did and take off with only 3 satellites connected and wait for more before flying off. This was the only time I have ever lost control of a drone. When I took off, everything was fine with no warnings. I waited for the GPS to connect, it did after a bit of hovering about 2m off the ground. I then got a warning about the compass, which I had just calibrated. (DJI have you spin the drone around 360 degrees in a horizontal and vertical orientation to do this) The drone then zipped off to the left and out over a lake, I managed to regain control by sending the drone as high as I could and waiting for the compass and GPS to sort itself out. I then landed and all was well. Lesson learnt; don’t ignore the warnings.

The Mini uses a different App to the other DJI drones, that use the DJI Go 4 app. The Mini uses DJI Fly, which is a simpler to use version with lots of focus on learning about the rules of flying. When you first activate a DJI account, the app will show you a short course about learning to fly the drone, how to obey flight laws and regulations in your area and will make you sit a short test. I think this is a brilliant thing for them to do, it means you are fully aware of the rules before flying and fully understand the drone.

The UI when flying is much simpler, which is a good and bad thing. It’s easier to use, but doesn’t allow as much customisation of settings as the very full-featured DJI Go 4 app. Again, you’ve got to remind yourself that this drone costs £369.

Some Things I Miss

This drone, due to the price-point does miss out on a few features I have come to rely on in other drones. The biggest for me is the Autonomous Modes that the Mavic Pro, Pro 2 and even the Spark had. They have place of interest modes, selfie modes, fly by point modes and my favourite; Follow Me Mode.

I have a couple of hobbies that I could really use this on, as I bet a lot of people do too. I skateboard a lot, it would be great to be able to have the drone follow me and I can focus on the skating. I think it would get some really cool shots. I also play Ultimate Frisbee, it would be great to have the drone follow me around a field and me not have to worry about it. It does still come in really useful to film games and things, I just have to have someone to fly it.

It’s only a little thing, but I really miss the bright lights the Spark and the Mavic Pro drones have. They have four lights, two green – on the front two arms and two red – on the rear two arms. This really helps you spot the drone after taking a glance at the flight screen and also helps you understand the orientation of the drone at a glance. The Mini is a pale grey, that blends in to the sky a lot and on top of that has only one light. It does mean you have to look at the compass indicator on the DJI Fly flight-UI. This is no hardship by any means, but it’s worth noting.

I’ve had no issues with the range, but more would be welcome. It’s understandable that it can’t match that of the bigger drones, but it would be better if they could fit radio in this drone to allow for the greater range of those higher up in DJI’s lineup. DJI say the Mini will do 4km in range, I believe every word of that.

It would also be nice to be able to shoot in LOG profiles for colour grading, but that is something kept for the higher-end drones. I get it, but it would be nice to have.

It’s brilliant. If this is your first drone or if it will live in a bag with 5 others, I think this drone is worth it. I would recommend the Fly More Combo to get the carry bag and the extra batteries and therefore flight time – but if you’re tight on budget, get the drone on it’s own. After-all, that’s what I have to test and it’s brilliant. It could also be a brilliant second drone, I love having it in my bag when I go out skating or on long trips, you’re going to get some many more great shots just because you take it to more places! 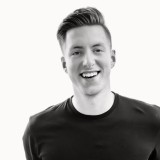