We’ve been great fans of the Elgato Stream Deck range here at Vlog Tech, right from the day the OG 15-key Stream Deck was first launched back in 2017. Suddenly the task of managing a complex live stream, recording environment or editing configuration was made so much more straightforward.

What made the Stream Deck such a revolutionary product? A panel of tactile LCD buttons, easily customisable with text, colours and graphics, conjured via a powerful suite of tools and plugins that allowed each button press to execute actions ranging from the simple launch of an app, to the complex – accessing APIs and toolkits to manage devices and studio functions.

Since then, an entire ecosystem of hardware and software options has developed. Elgato have released a larger StreamDeck (the 32-key XL), a smaller model (the 6-key Mini), a mark 2 version of the 15-key standard model, and even a pedal version. Meanwhile third-parties have added a ton of software options, including the amazing Companion open source platform that allows the Stream Deck to control a wide range of hardware platforms.

The new model starts with 2 rows of 4 Stream Deck buttons, as already seen on the standard models, but then adds a flexible LCD panel (somewhat similar to the Touch Bar on an older MacBook Pro model), linked to 4 infinitely turning knobs.

As you would expect, all of the inputs can be customised and configured to link to a range of software, hardware and services.

This video from the Elgato team covers all the bases:

Vlog Tech will, of course, be stocking and selling the Stream Deck + very soon – it will be on our site once we get additional details from the Elgato/Corsair team.

We’re also super excited to get it in added to our own streaming setups. We can imagine this being massively helpful for controlling audio and Atem Mini Supersource setups in our weekly livestreams.

The Elgato Stream Deck + will retail for £199.95 – quite a bargain compared to other similar solutions such as the Loupedeck CT – and will be in stock within 7-10 days. 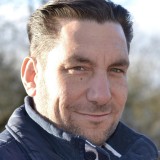